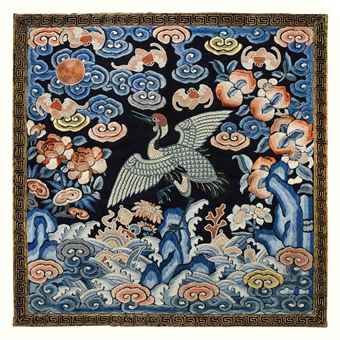 For thirteen centuries, a system of rigorous state examinations along with the resultant civil and military ranks enabled the Chinese empire to be administered with the highest standards of intelligence, ability, and learning, notwithstanding the political forces of the times.  The program will explore a small part of the world of Chinese officials during the Ming and Ching dynasties; many who admires the gardens of scholars.  We’ll learn about the traditions of Chinese rank which were identified by finely woven or embroidered silk badges that were sewn onto the front and back of the surcoats of officials.  At the same time, the customs and rituals symbols, styles and techniques of these “mandarin squares,” along with the ideals of the Chinese universe as represented on them, will be discussed. 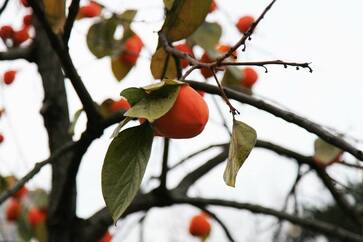 Jodi M. Gurtov came on board at PCCG during its construction phase.  She recruited a group of highly skilled volunteers to plant the garden and used her language skills to assist Chinese landscape designers from Suzhou in the selection and installation of plant materials.  Her goal is to promote the value of the Garden’s exceptional collection of Chinese plants while increasing awareness of Chinese culture through the Garden’s budding educational programs. 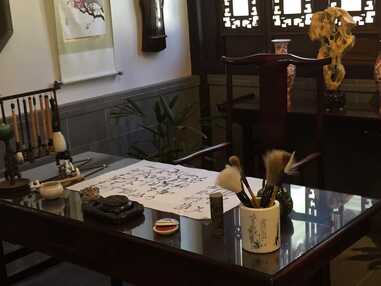 Implements and Other Desk Objects of the Chinese Scholar
Jan Vreeland
January 7, 2006

Jan Vreeland will take us into the Scholar’s Study to look at the Four Treasures (the traditional implements of the Chinese Classical Scholar) and other complementary objects that typically may be found on the scholar’s desk or in his private study.  Jan has a keen interest in this subject and will share with us information, as well as examples of scholar implements and other objects.  You can expect to gain a greater appreciation about how such collected objects reflect the character and aesthetics of Chinese scholars.  Moreover, you will learn how they, in turn, have influenced the development of scholars’ gardens found in Suzhou. 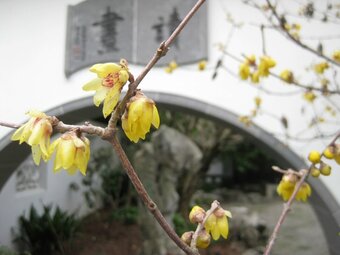 Scroll: Read the Landscape
Peter Eddy
February 4, 2006
​
​The ubiquitous calligraphy over the Moon Gate, “Read the Landscape” or “Read the Painting” is always intriguing to the visitors of the Garden.  This poetic inscription, designed to evoke a state of mind, reminds us that there are different perspectives and layers in enjoying a Chinese Scholar-Gentry Garden.  Peter Eddy, one of our original docents, will reinforce the understanding of this ancient metaphor by digitally unrolling the hand scroll, “Colorful Lanterns at Shangyuan” (currently on exhibit in the Boathouse pavilion) just as the Chinese literati would when sharing such a prized possession with a few close friends in his private studio.  Dr. Eddy will highlight a select number of vignettes to demonstrate how it teaches us about a society and cityscape (Nanjing) during a historic period in China.  Moreover, by exploring an antique and penjing market, we will gain insights as to what a scholar-official might envy or procure for his Study to complement his garden and his Four Treasures. 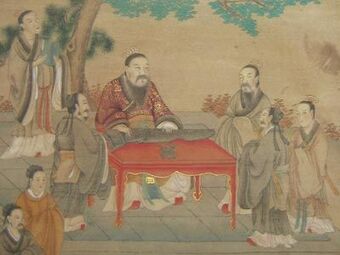 Chinese Music in the Garden
Jerry Lin
March 4, 2006
To help us better understand and enjoy Chinese music that would be heard in the garden, Jerry Lin, a gifted musician, will present a program of Chinese music and demonstrate a couple of stringed instruments popular in China.  Historically, music has played a prominent role in China and was acknowledged early on in the Book of Etiquette and the Book of Rites.  The practice and knowledge of music are considered attributes of gentlemen.  Music has an esteemed place in court rituals and religious (Buddhist) ceremonies.  As important is folk music, which is embraced by the general populace.  Confucius considered music an essential ingredient in the order of the state.  A basic Taoist concept compares the individual human essence with a musical tone. 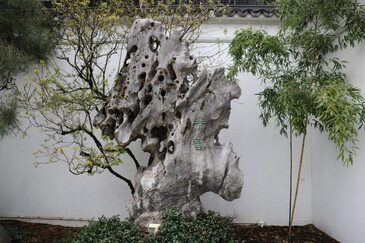 Illuminating the Essence of a Chinese Garden: Scholar Stones and Penjing of the Literati
Mark Vossbrink
June 3, 2006

Mark Vossbrink will share with us how the literati of China over the ages have collected special stones known as “scholar rocks” and cultivated the development of “penjing.”  These miniature jewels of nature, normally found outdoors, are often brought into the interior of a scholar studio.  What purpose did they serve?  What criteria and standards were used and why?  By focusing on these objects, perhaps we may gain further insights and a deeper appreciation of the essences behind the physical façade of a scholar’s garden.