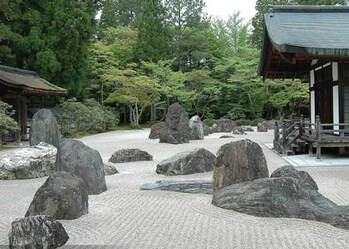 A Tour of Our Neighbor – The Japanese Garden
Jan Vreeland & Frances Li
October 7, 2006

Touring a neighboring garden can be instructional in learning and gaining a fuller appreciation of our Classical Chinese Garden.  We are fortunate that Portland’s famous Japanese Garden is so close at hand.  It is truly another gem of our community in the natural setting of Washington Park and is one of the loveliest gardens of its type outside of Japan.  Veteran docents of the Japanese Garden offer rich insights for both gardens. 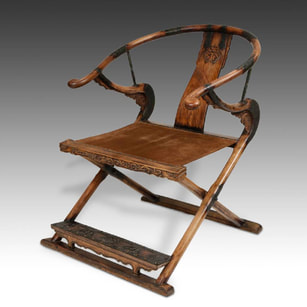 Dennis Lee will introduce us to the classical furniture of China admired by people and cultures across the glove.  There will be a general overview and a directed focus on the furniture in the Hall of Permeating Fragrance and the Hall of Reflections in Clear Ripples.  From a “mat-level culture,” the design and crafting of furniture in China has emerged into a 3,000 year tradition that continues today.  We will look at the differences and commonalities in furniture of the Ming and Ching dynasties, and briefly compare classical and vernacular products.  There will be a review of the various types of furniture enjoyed by the Chinese people, the different woods employed, and the many variations in finish.  You will gain a greater appreciation and understanding of the character and aesthetics of classical Chinese furniture and why it has been traditionally embraced by the literati class in China. 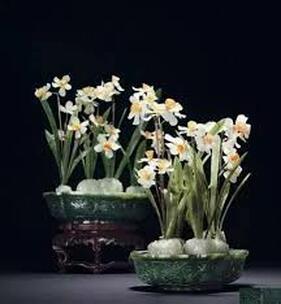 Aesthetics and iconography or symbolism are historically significant in the traditions of Chinese culture and often play a more prominent role than in the Western world.  This is particularly true during the celebration of Chinese New Year.  Why?  Join us in gaining an understanding of the shui hsien (water immortal) in Chinese aesthetics and why it is so cherished for the festivities of Lunar New Year.  Learn about penjing, and how one is conceptualized and then constructed to convey harmony and good chi. 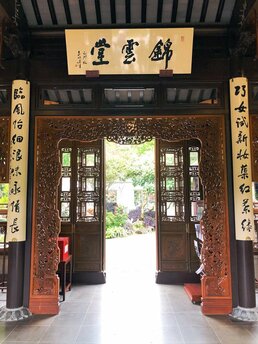 Dr. Charles Wu helps us feel connected to and comfortable with the Chinese inscriptions in the garden by recognizing recurrent and easily identifiable characters, seeing the pattern of couplets, and relating inscriptions to their settings.  Peek into the translator’s studio—his knowledge and tools, and the perennial challenge and concern of balancing between accuracy and readability.  Dr. Wu will also provide some close readings. 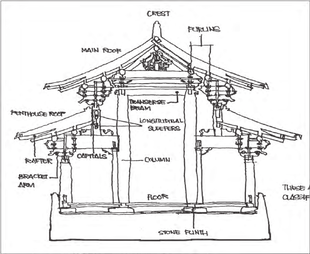 It has been quite a while since Chinese architecture has been presented as a topic at our First Saturday meetings.  To learn or to reinforce what you know of this hard to miss but essential element of a classical Chinese garden, David Kohl has offered to make a presentation on this special interest of his.  Considering what Kevin Greenwood said of Chinese gardens and Charles Wu’s talk on poetic, literary inscriptions, Chinese architecture is a natural sequel.

Music has played a prominent role in China as acknowledged in its early written history in the Book of Etiquette and the Book of Rites.  The practice and knowledge of music are considered attributes of a gentleman.  Music played an esteemed place in court rituals and religious (Buddhist) ceremonies.  Confucius considered music an essential ingredient in the order of the state.  A basic Taoist concept compares the individual human essence with a musical tone.  Garden retreats of the Literati often served as venues for enjoying music.  Learn more about Chinese music, traditional and modern, and the myriad instruments of China.﻿​