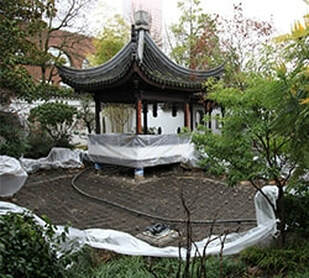 Construction of Lan Su Yuan:
​A Unique Instructive Lesson
John Williams
September 11, 2010
​As the construction manager, John Williams is uniquely qualified to tell the story of the how an asphalt parking lot on a historical city block was transformed into a Chinese literati’s classical garden through a remarkable partnership between the cities of Suzhou and Portland.  John’s anecdotes and photographs detail the back story of how a Chinese garden slowly emerges through intense collaboration with the Suzhou craftsmen, numerous cultural differences, and unique construction challenges.  John recalls the building of the Garden 10 years ago as “moving toward inspiration and glimpses of enlightenment,” just as experiencing the Garden today does. 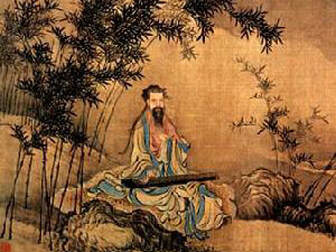 Music in a Literati Garden:
​An Echo from the Human Heart to Nature
Juwen Zhang
October 2, 2010
Dr. Juwen Zhang of Willamette University discusses ancient Chinese music and gardens: “catch the lasting rhythmic qi and the rare sound in an effort to keep a calm heart distant within the surrounding clamor.”  Dr. Zhang explains how artistic pursuits in poetry, painting, calligraphy, and gardens developed into one entity a millennium ago, and embodied the core beliefs and values in Chinese culture.  Following the talk, Dr. Zhang inconspicuously plays ancient wind instruments in the Garden. 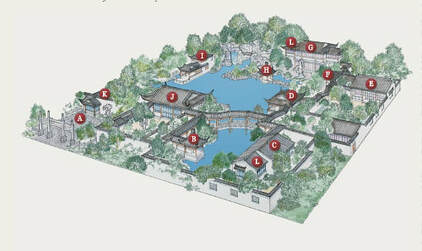 Before There was Portland’s Chinese Garden: One Experience
Jeff Joslin
November 6, 2010

Creating a classical Chinese garden in Portland was enormously complex, balancing different construction platforms, approaches, and techniques.  The project had to maintain the authentic architectural and aesthetic integrity of such a proposed garden while incorporating the understated Chinese literary sensibilities.  Jeff Joslin, working for the City of Portland, was immersed in this delicate process and shares his first-hand account of the fascinating inner workings of two governments.  He relates how the respective bureaucracies functioned and explains some of the unique, underlying challenges that required resolution before work could begin. 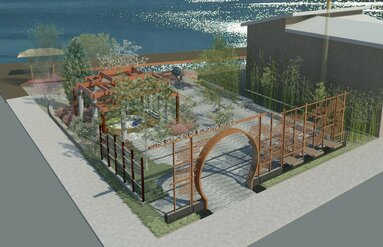 Architect, urban designer, and former Lan Su Chinese Garden board member, Suenn Ho presents a new and very different Chinese garden in Astoria, The Garden of Surging Waves.  A world class Chinese heritage park, The Garden of Surging Waves is the City of Astoria’s legacy gift, which honors the rich contributions of the early Chinese immigrants to building Astoria, the lower Columbia River Basin, and the Pacific Northwest.  Suenn explains the project’s history, the design intent, the art, symbolisms, selection of the name, the process, and its current status.  The unique design creates a series of interpretive vignettes that capture the symbolism of classical Chinese gardens and interweaves artwork from China with works from local Oregon artists. 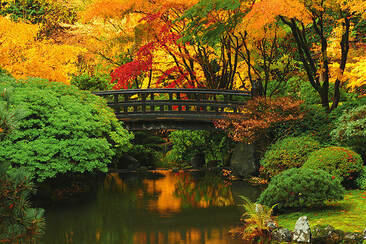 The Japanese Garden Curators: What do they do? Why? How?
Sadafumi Uchiyama & Diane Durston
March 5, 2011 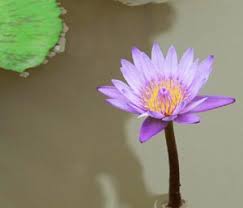 From the Boxer Rebellion to the Hoyt Arboretum: Lushan Botanical is Coming to Portland
Elsa Porter
April 2, 2011 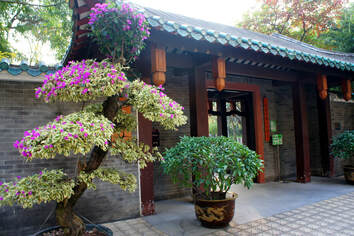 Gardens of China are considered one of the earliest in the world’s garden art with a unique history of more than 3,000 years.  Because of the size of China, its regions have different local characteristics which have influenced the development of various garden styles.  Dr. Ina Asim, a University of Oregon professor who has studied gardens in China for years, presents the Lingnan Gardens, built along the Pearl River delta and coastal areas of Guangdong province in southern China.  Lingnan Gardens refer to the garden culture of a region that includes Guangzhou, Shunde, Foshan, and Zhaoqing.  Endowed with a unique climate, this area is a school of its own in terms of language, theatre, music, painting, and arts and crafts.  Lingnan Gardens reflect their local traditional culture and are unique in their architecture, layout, and ornamentations. 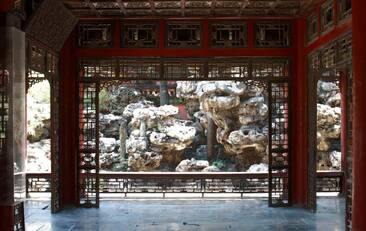 Recent rebuilding and restoration of two intimate, residential gardens in the Forbidden City in Beijing has renewed interest in these sites as masterpieces of the blending of timber-frame and landscape architecture, and are often seen as examples of the Manchu court’s wholesale adoption of the Han Chinese literati culture.  Kevin Greenwood’s presentation situates such gardens in the broad context of imperial ideology, in which the gardens reflected personal, political, and even cosmological levels of significance.  The lecture examines the recently restored Qianlong Garden and the controversial rebuilding of the Jianfugong Garden, and compares them to the lost imperial garden-palace formerly at Yonghegong, Beijing’s renowned Tibetan Buddhist monastery.