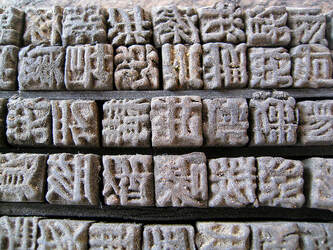 Block Printing: Advancing Knowledge, Literacy and Culture
﻿Donald Jenkins, Curator of Asian Art Emeritus, Portland Art Museum﻿
December 5, 2015      9:30 - 11:00 am
﻿
Printing is one of the great inventions of ancient China, which has a long history and far-reaching impact.  Among the most globally significant innovations of the Tang (618–906) and Song (960–1279) dynasties were the inventions of woodblock printing and moveable type, enabling widespread publishing of a variety of texts, and the dissemination of knowledge, literacy and artistic inspiration.  This technology eventually spread to Korea, Japan, Vietnam and Europe.  Ukiyo-e, a type of Japanese woodblock art print is a prominent example of woodblock printing most familiar to the West and has been showcased at the Portland Art Museum and other museums across the nation and world.  Our lecture by Donald Jenkins will provide a historical perspective of this technology with its origins in Asia and a China focus, including commonalities and differences between Chinese and Japanese prints.  We will learn about the basic process of how woodblock prints are made; how they have been used and how they developed over time and spread to other countries. 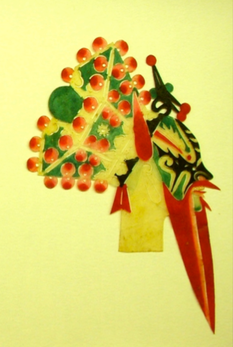 Shadow Theater is a unique form of puppetry and a type of regional opera which has delighted rural and urban audiences throughout China, particularly during festivals and celebrations such as the Chinese lunar New Year.  Familiar stories were depicted by itinerant shadow theater troupes.
Come enjoy Independent Scholar, Mary Hirsch’s historical introduction to this animated spectacle in miniature.  Learn about its distinctive characteristics, which include highly visible and brightly colored, translucent rawhide puppets, spectacular transformations between human and supernatural forms, and a diverse  repertoire from Buddhist and Daoist legends. See how the Monkey King figures into several plays, including productions where flowering plants and temple courtyards emulate  special places, not unlike Portland’s own Chinese Garden. 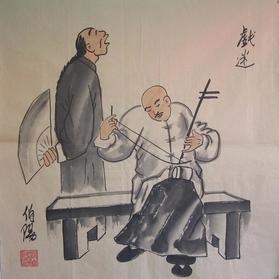 China has a rich heritage of music extending back over 7,000 years from Han Chinese and the many ethnic minorities.  Confucius taught that a correct form of music is important for the cultivation and refinement of the individual and could bring harmony to nature.  Taoists believe music calms the heart and purifies the mind.  Virtuosos Emily Deng with a plucked and struck string on the Guzheng, and Dr Jerry Lin with a bowed string on the Erhu, will perform solos and duets from popular classical Chinese music of  various regions of China.  Come experience the haunting and beautiful sounds of the Guzheng and Erhu.
More details and images from this presentation here:
www.firstsaturdaypdx.com/guzheng-and-erhu-a-dialog-between-the-strings.html 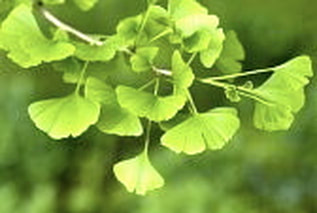 Join our nature walk guided by the Curator of Hoyt Arboretum  to discover and focus on Hoyt’s collection of Ginkgo trees.  Along the White Pine trail, we will observe and learn about   many other tree species, including the wild, “scary” Monkey-Puzzle tree and the ancient Bristlecone Pine.
Our educational program series has been developed in collaboration with PSU’s Institute for Asian Studies, and is free of charge and open to the public.​  ﻿

View our regular monthly location by clicking on the address below for directions:
Portland State University, Academic & Student Recreation Ctr (ASRC),  Room 230
1800 SW 6th Ave, Portland OR 97201
Excellent MAX and bus transportation is right by the venue; plan your Trimet trip HERE.   There is also a nearby parking structure at SW 6th and Harrison with an entrance on 6th Avenue is also available.
View PSU Parking info:
https://www.pdx.edu/transportation/hourly-visitor-parking​​​