Please scroll down for more Images from this presentation​
​
Join First Saturday PDX for an overview of the Sibe people – their origins, and present state of their culture and language.  Referred to as “Xibo” in China, they are one of the 56 officially recognized ethnic groups.
​​​
In 1764, the Qianlong Emperor of the Manchu era empire sent a multiethnic force to what is now Xinjiang Province of northwestern China to protect his newly acquired lands, won from the Dzungars.  Among this army was approximately 4000 Sibe troops and their families.  The Sibe are Tungusic language speaking people originally from the Nonni and Sungari river valleys.  Siberia is named after the Sibe. Those who remained in the Northeast eventually adopted the Chinese language, and became indistinguishable from ethnic Chinese.  However, the descendants of the garrison troops who traveled to the Ili valley continued to speak Sibe, and retained their individual customs and lifestyle.  Dr. Wadley will share the story of the Sibe’s trek across China to their new home in Cabcal County, and how they live today with a brief appraisal of the present state of the Sibe language and its prospects for survival.​
Stephen Wadley, Associate Professor of Chinese and International Studies, received his Ph.D in Chinese linguistics from University of Washington. He specializes in historical Chinese linguistics, particularly Early Mandarin. He also works on Chinese vernacular literature and Altaic languages. Publications include a monograph on mixed-language poems from the Manchu-Qing dynasty and a textbook on proficiency-based reading materials for intermediate Chinese. He has also published articles and reviews in Journal of the American Oriental Society, Journal of Asian Studies, Central Asiatic Journal, Pacific Affairs, etc. He is the editor of the Manchu studies journal, Saksaha, and has served for many years as secretary/ treasurer of the Western Branch of the American Oriental Society. He teaches second-year Chinese
and upper division classes in Chinese language and literature as well as University Studies/ International Studies classes on Asia at Portland State University 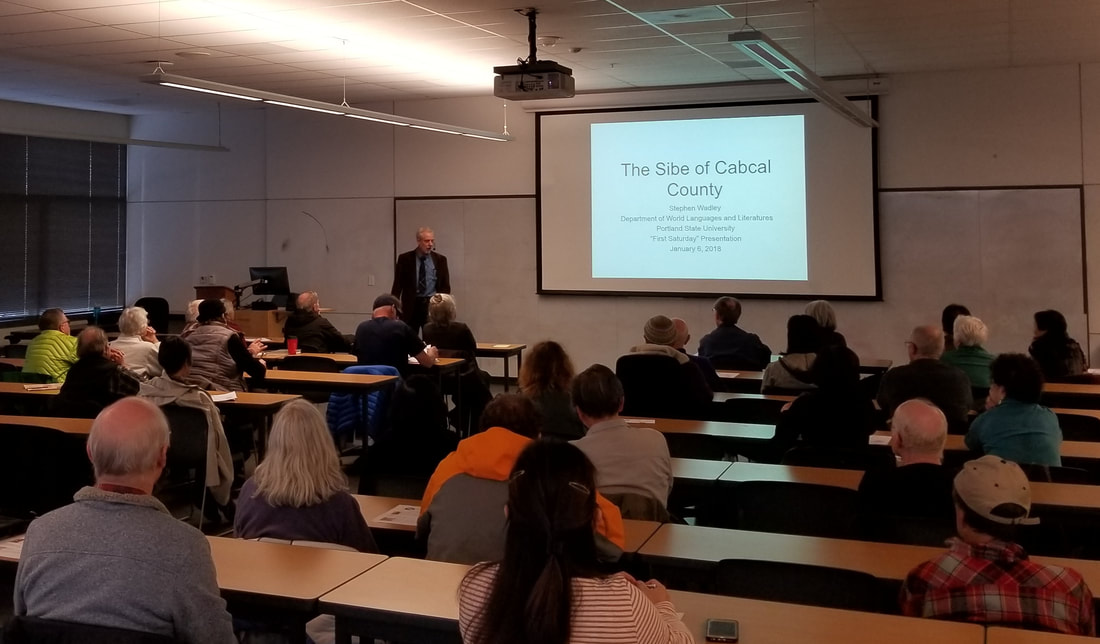 ​(For an enlarged view: click on image on PC,  or pinch to zoom on mobile devices) 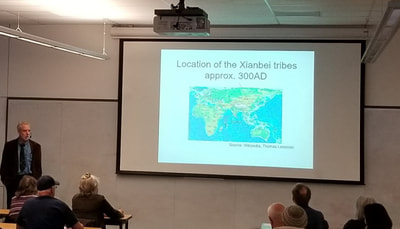 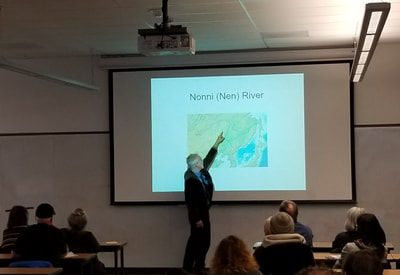 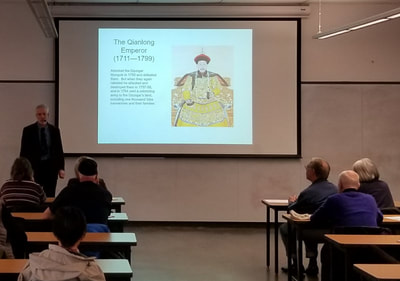 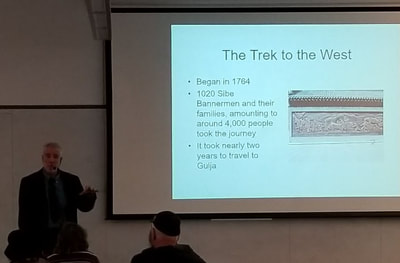 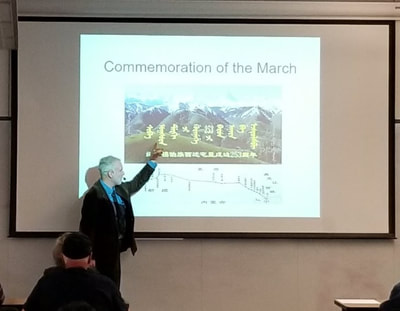 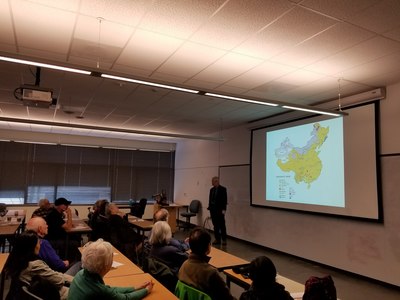 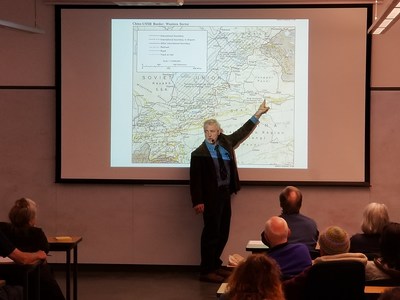 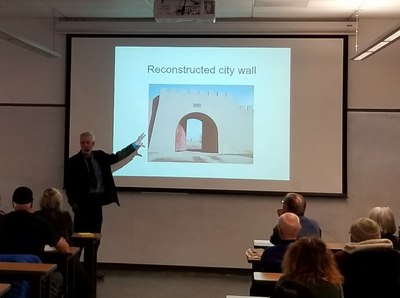 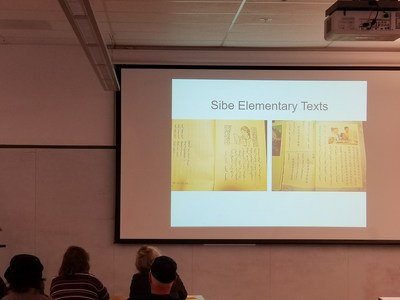 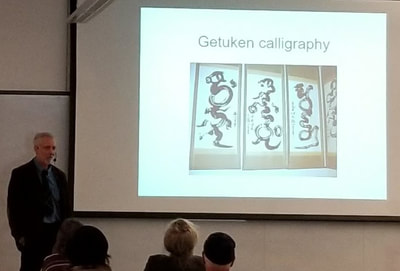 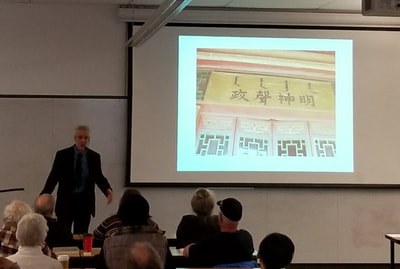 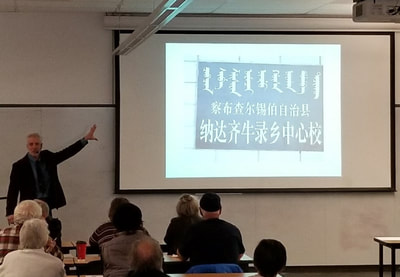 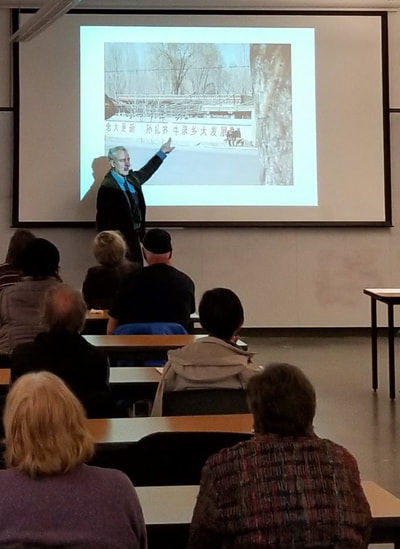 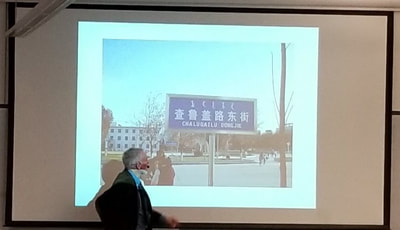 View our regular monthly location by clicking on the address below for directions:
Portland State University, Academic & Student Recreation Ctr (ASRC),  Room 230
1800 SW 6th Ave, Portland OR 97201
Excellent MAX and bus transportation is right by the venue; plan your Trimet trip HERE.   There is also a nearby parking structure at SW 6th and Harrison with an entrance on 6th Avenue is also available.
View PSU Parking info:
https://www.pdx.edu/transportation/hourly-visitor-parking​