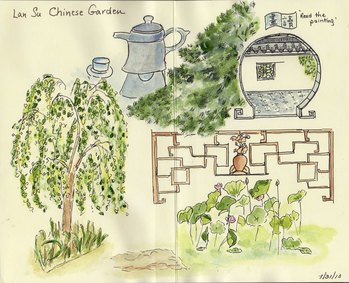 The classical Chinese garden, often represented by the ﻿literati ﻿(poetic) gardens in Suzhou, is considered an artful expression of Chinese thought, culture and refinement.   What are the elements which embody the concepts of yin and yang through the harmonious arrangement of contrasting elements in such traditional poetic gardens?  Learn how design and material selection can be used to convey ideas about humans and the natural world.  Maihwa Frances Li will share insights from her several visits to China, including Suzhou, Portland’s sister city. ​

Cultural heritage not only encompasses monuments and objects, but also non-physical aspects of a particular culture (Intangible Culture Heritage, ICH) often maintained by social values and practices, traditions, customs, expressions, and beliefs which are passed on between generations. While often fragile, intangible cultural heritage is important in maintaining cultural diversity in the face of growing globalization. An understanding of the ICH of different communities helps with intercultural dialogue, and encourages mutual respect for other ways of life. The safeguarding of cultural intangibles includes the study of folklore, which is the focus of this presentation. What is folklore? Who are the folk? How can folklore be essential to Asian American Identity? Why is cultural heritage widely talked about nowadays? What ICH is being transformed cross-culturally in the USA and why is cultural sustainability becoming a hot topic? Through this program, Dr. Juwen Zhang will attempt to answer these questions by linking those ideas to our own everyday practices. 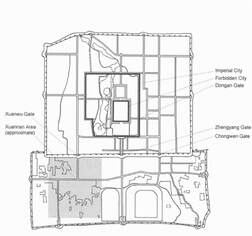 A look at the cultural life in a Beijing neighborhood from 1770 to 2014, a very special place of art and politics during the Qing Dynasty, the Revolutionary Era, and modern times.  By the turn of the 19th century, Beijing’s Southern City (Xuannan District) had become synonymous with the thriving urban culture, enterprising scholarly elite, and cosmopolitan character of the Qing capital.  Today, Xuannan evokes the nostalgic accounts of Republican-period “Old Beijing,” but the significance of the neighborhood cannot be fully understood without taking into account its early history.  This presentation by Dr. Michele Matteini examines the making of Xuannan as a site of cultural production in the context of High Qing China (ca. 1770s-1820s).  With a focus on the pictorial and literary representation of Xuannan, we will explore how an image of Xuannan was first constructed and disseminated across the city of Beijing and the empire. 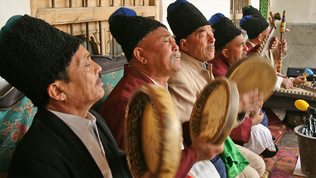 Learn about Xinjiang, a region in northwest China, its Uyghur people, and its long history of trade, commerce, and a coming together of disparate cultures, leading to cultural exchanges in ideas and precious goods between East and West along the Silk Road.  Beaten into the land by traders' caravans and conquering legions about 2,000 years ago, it was the interstate highway of the ancient world, a crossroad between different civilizations.  Xinjiang is also the homeland for the Uyghur culture, a large minority Turkic ethnic group living in Eastern and Central Asia.  Dr. Tugrul Keskin and Yierfan Aierken, a student from Xinjiang attending PSU, will introduce us to some of the history and flavors of this region and share with us the culture of the Uyghur people in helping us understand their developmental journey towards modernization in the “New Frontier.” 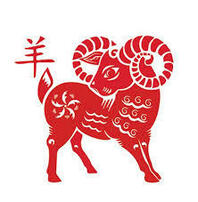 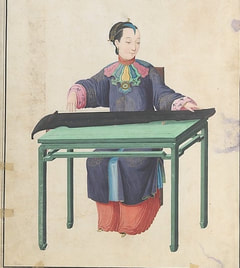 The qin is an ancient, plucked seven-string musical instrument of ﻿China﻿, traditionally favored by scholars as an instrument of great subtlety and refinement.  It is the “instrument of the sages” associated with Confucius.  Professor Binkley will provide a short overview of the history and nature of the music composed for the qin as well as playing some tunes which are on the order of Southern Sung or “older” and Ming.  Unlike western music, the pieces tend to have some set of one or more memes associated with them.

A report on two exhibits to be held in January, 2016 at the Oregon Historical Society about the history of the American Chinese experiences in the U.S. One a national traveling exhibition, “American Chinese: Exclusion/Inclusion” organized by the NY Historical Society in collaboration with the Museum of Chinese in America; and another, which is locally curated with OHS support “History of Portland’s Chinatowns” (second largest in the nation during the 19th century) the developed in conjunction with the Chinese Elders Book Project. 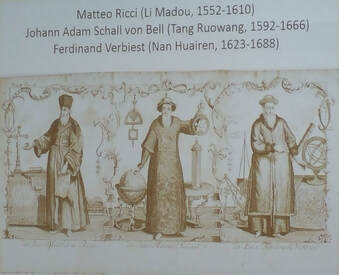 The Ming-Qing transition in the 17th century saw the birth of the first substantial communities of Chinese Christians, which were drawn from nearly all levels of society.  Although European missionaries were crucial in introducing the ‘foreign’ religion, numerous converts also played important roles in translating and adapting it to fit in their own culture as well as in the debates over the compatibility of Christianity in China.  Dr. Desmond Cheung will present some of the key questions in this important history of intercultural dialogue and its continued relevance thereafter.
Our educational program series has been developed in collaboration with PSU’s Institute for Asian Studies, and is free and open to the public.​  ﻿First Saturday PDX  full season schedule and descriptions available HERE

View our regular monthly location by clicking on the address below for directions:
Portland State University, Academic & Student Recreation Ctr (ASRC),  Room 230
1800 SW 6th Ave, Portland OR 97201
Excellent MAX and bus transportation is right by the venue; plan your Trimet trip HERE.   There is also a nearby parking structure at SW 6th and Harrison with an entrance on 6th Avenue is also available.
View PSU Parking info:
https://www.pdx.edu/transportation/hourly-visitor-parking​​​​